That’s a wrap on the Tour de France 2020 and what a cracking final week full of mountains, suffering, heartbreak, surprise and celebration.

Following the second and final rest day, the race cruelly ventured right back into the hills as stage 16 marked the first of a succession of relentlessly tough mountain stages that would dive deeper into the Alps each day.

Youngster, Lennard Kämna set the scene for the closing phase superbly, stepping into the fresh week with a vengeance following his close second to Dani Martinez on stage 13. The Bora-Hansgrohe rider made his intentions to move up a step pretty clear when he made the day’s breakaway and continued to sit pretty climb after climb, including the well known Col de Porte. Eventually his strong legs did the talking and he rode clear of the remnants, lastly shaking 2019 Giro d’Italia champion, Richard Carapaz to steal a fantastic solo victory.

The battle behind was fairly tame, with Jumbo-Visma once again in complete control of the race. 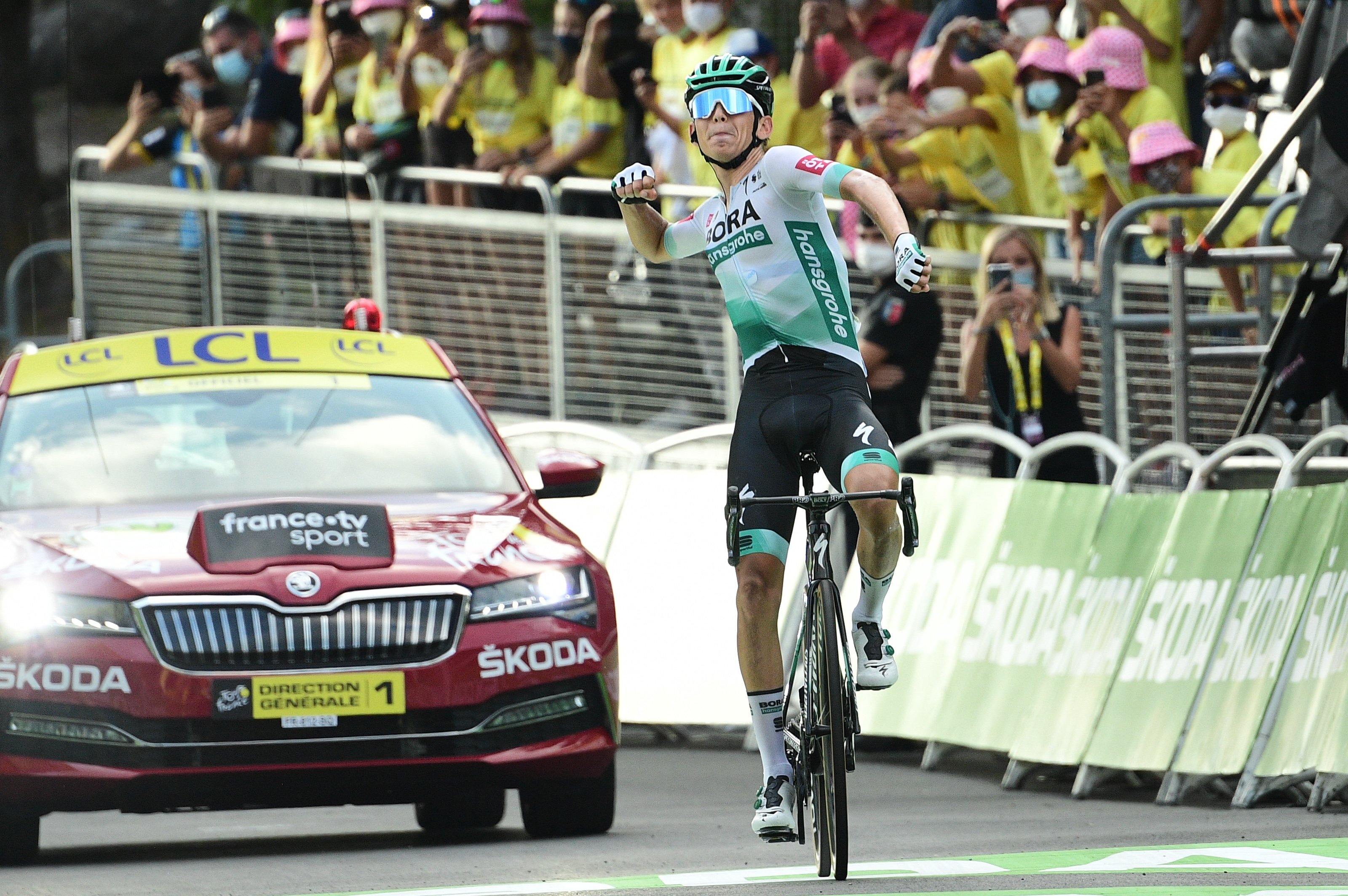 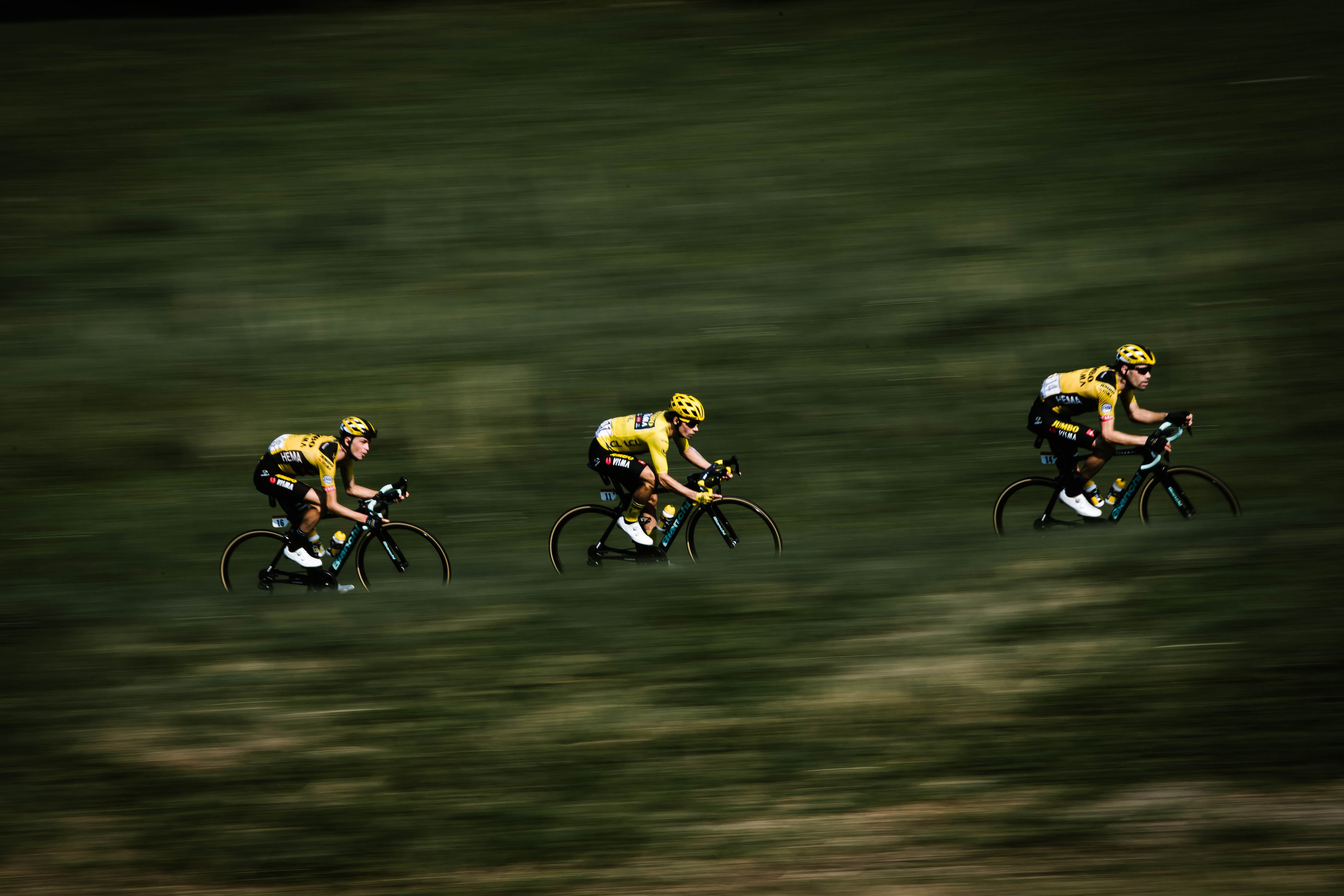 The next day, it was all-on for this year’s Queen Stage that included the iconic Col de la Madeleine and the relentlessly steep 21.5km Col de la Loze, up to the finish in Méribel.

The stage was claimed by GC favourite Miguel Angel Lopez in dramatic fashion as he superbly soared away from competitors and finally broke the Jumbo-Visma rhythm up the final ascent to win his first stage at his debut Tour de France and bump himself up to 3rd overall in the process.

Roglič maintained his composure and kept Lopez within distance to finish 15 seconds behind, with Pogacar a further 15 seconds back. Another very solid ride from Richie Porte also, who moved up to fourth overall. 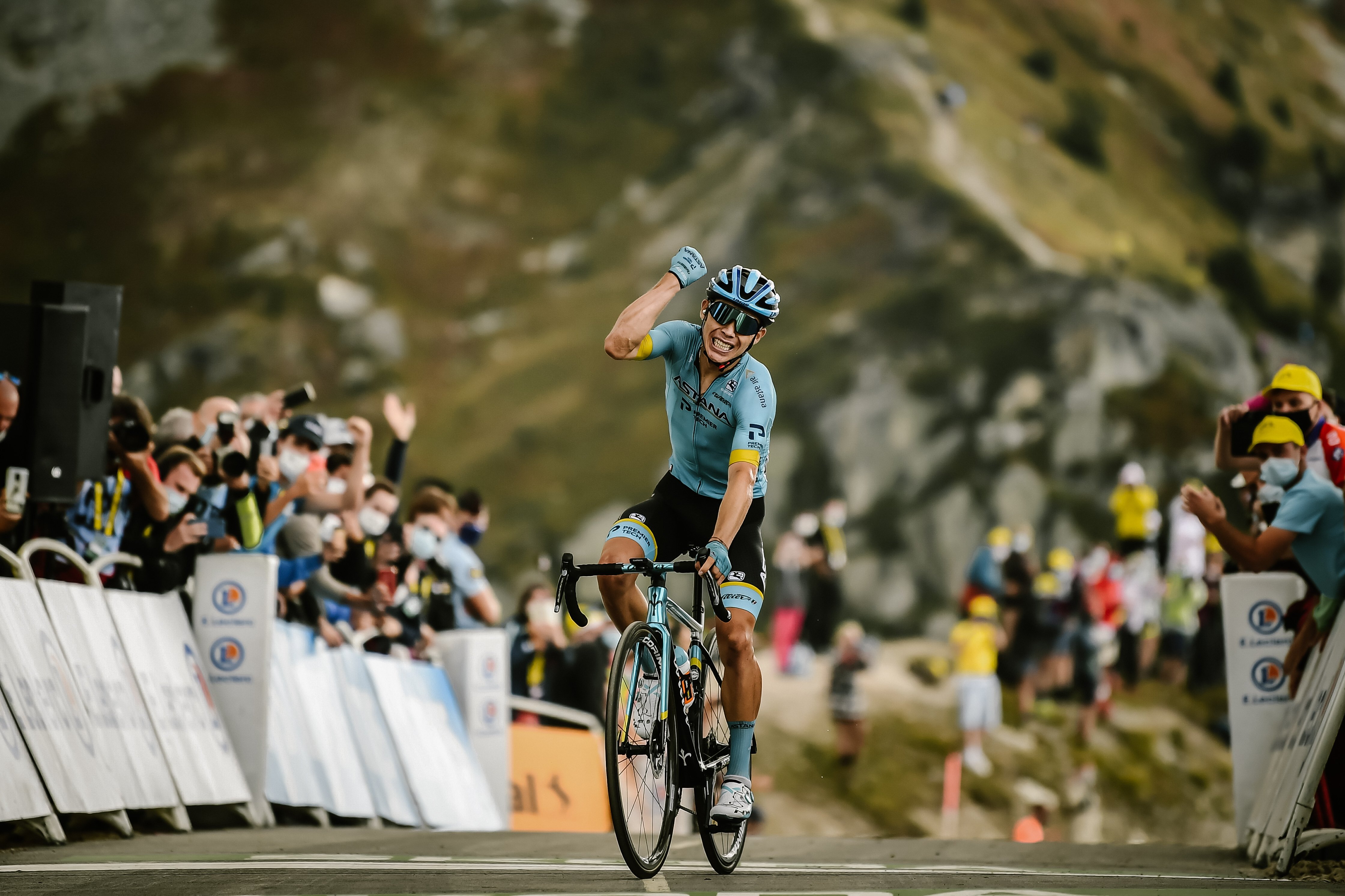 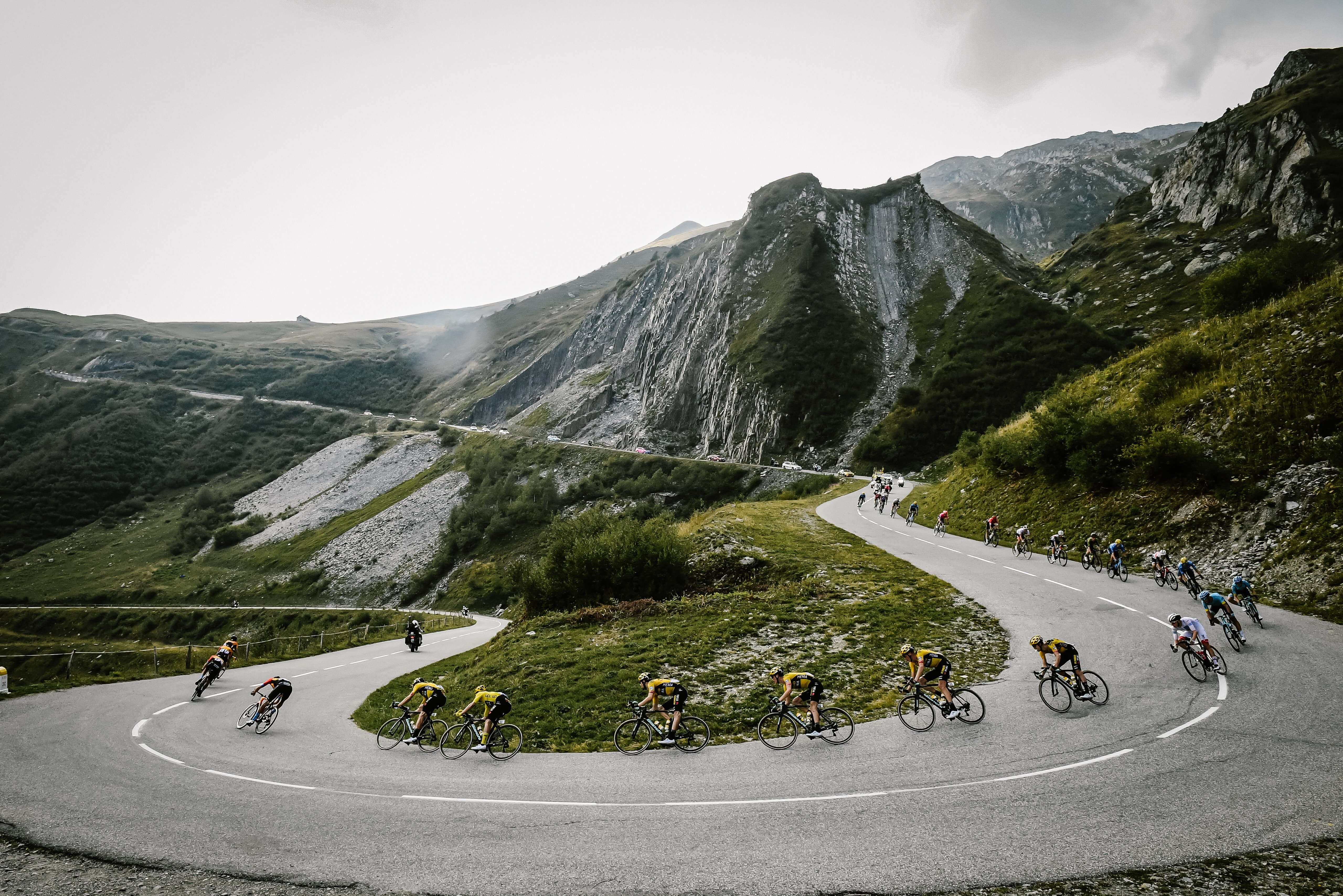 Stage 18 was just as mountain-manic including five brutal categorized climbs. Kudos to Team INEOS for going on the attack, ending the day spectacularly 1-2 with Michal Kwiatkowski and Richard Carapaz.

The duo were part of the action from the start, within the break, riding clear just ahead of the Cormet de Roseland...both riders ridden with determination and hunger to steal their team a victory following their GC downward spiral.

As they endured climb after climb, the strong pair eventually proved too good for the rest of the breakaway as they continued to drop em’ like flies. A shame for Sunweb’s Marc Hirschi who was part of the move contesting Carapaz for the polka dots, but unfortunately came down on the descent of the Col des Saisies.

In the end, it was Kwiatkowski who crossed the line first, embracing Carapaz in delight, who finished alongside him.

Meanwhile, it was once again all-go in the race behind as a number of favorites finally hit the wall, including Rigoberto Urán and Adam Yates, who ended the day sliding down the GC ranks.

The following day was one for the sprinters and opportunists, and a chance for the GC contenders to sit back and rest the legs a little ahead of the penultimate time trial.

Soren Kragh Andersen confirmed he’s having the Tour de France of his life as he went on to win his second stage in absolute style, tactfully riding clear solo, this time from a very strong late-race breakaway, including green jersey wearer, Sam Bennett.

Bennett, his biggest competitor, Peter Sagan and a number of other top names, including Greg Van Avermaet, Matteo Trentin and Luka Mezgec were all present and eager for honours. They escaped late into the stage, desperate to grasp what would be their final opportunity to do so. With so many big names included, they all seemed to be eyeing each other off, when Kragh Andersen pounced at 16km to go and they made the huge mistake of letting the Stage 14 winner slip into unstoppable TT mode and out of sight. 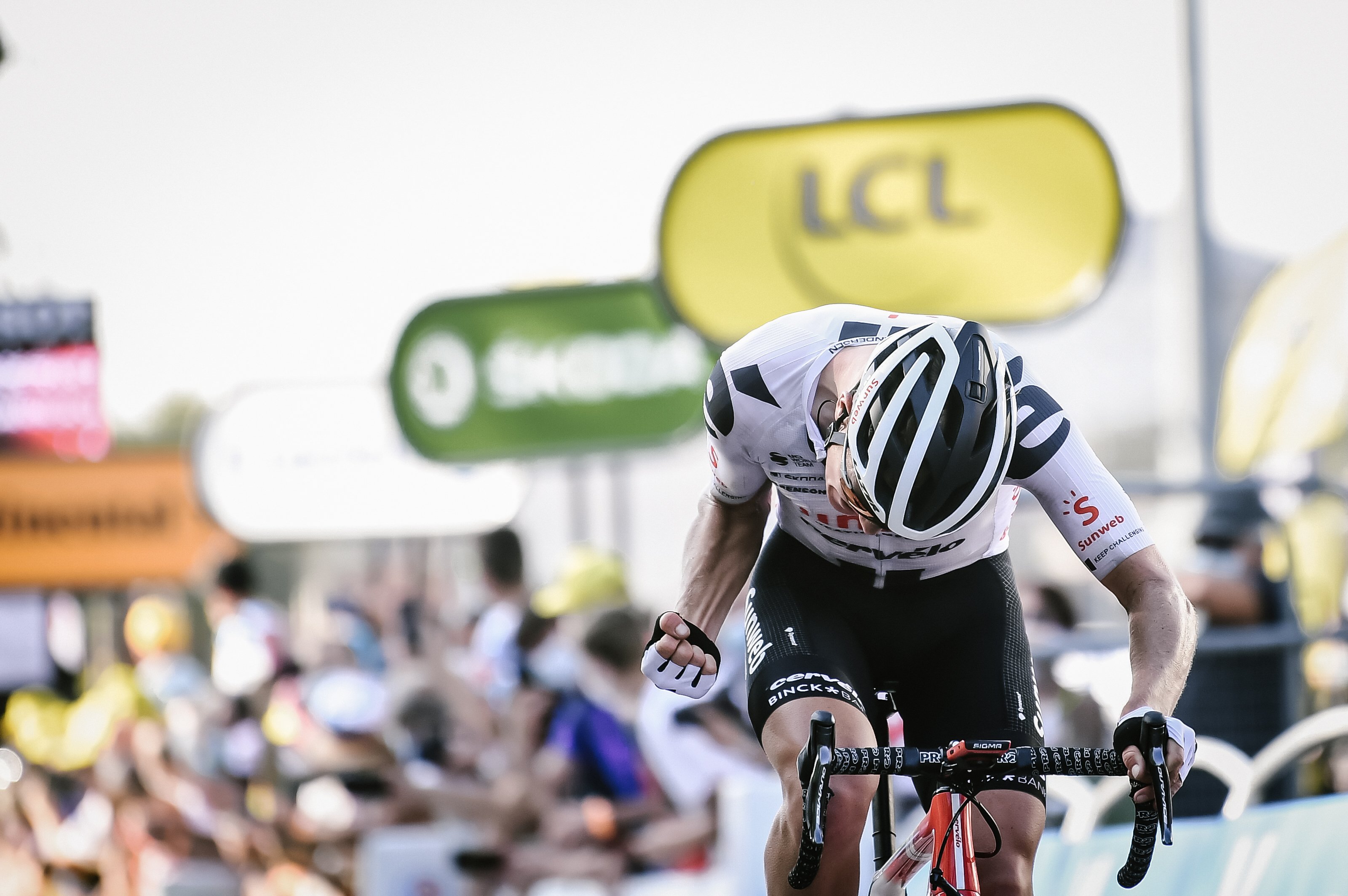 The next day proved to be one of the greatest and most heart-breaking of this year’s tour, and a day that will go down in Tour de France history as a stand-out performance to remember as a 21 year old, Tadej Pogacar had the ride of his life to dramatically win the stage and claim the yellow jersey as he went. In the process, he left the entire world in shock and disbelief, as quite frankly, no one saw that one coming…

Although seriously impressed and pleased for the young Slovenian, at the same time, it was impossible not to feel a little heartbroken for Primoz Roglic and his entire Jumbo-Visma team who did everything right and rode like champions for the race’s entirety.

Other big news of the stage, was Richie Porte’s stomping ride that saw him step up to the podium, confirming his deserved place on stage in Paris. 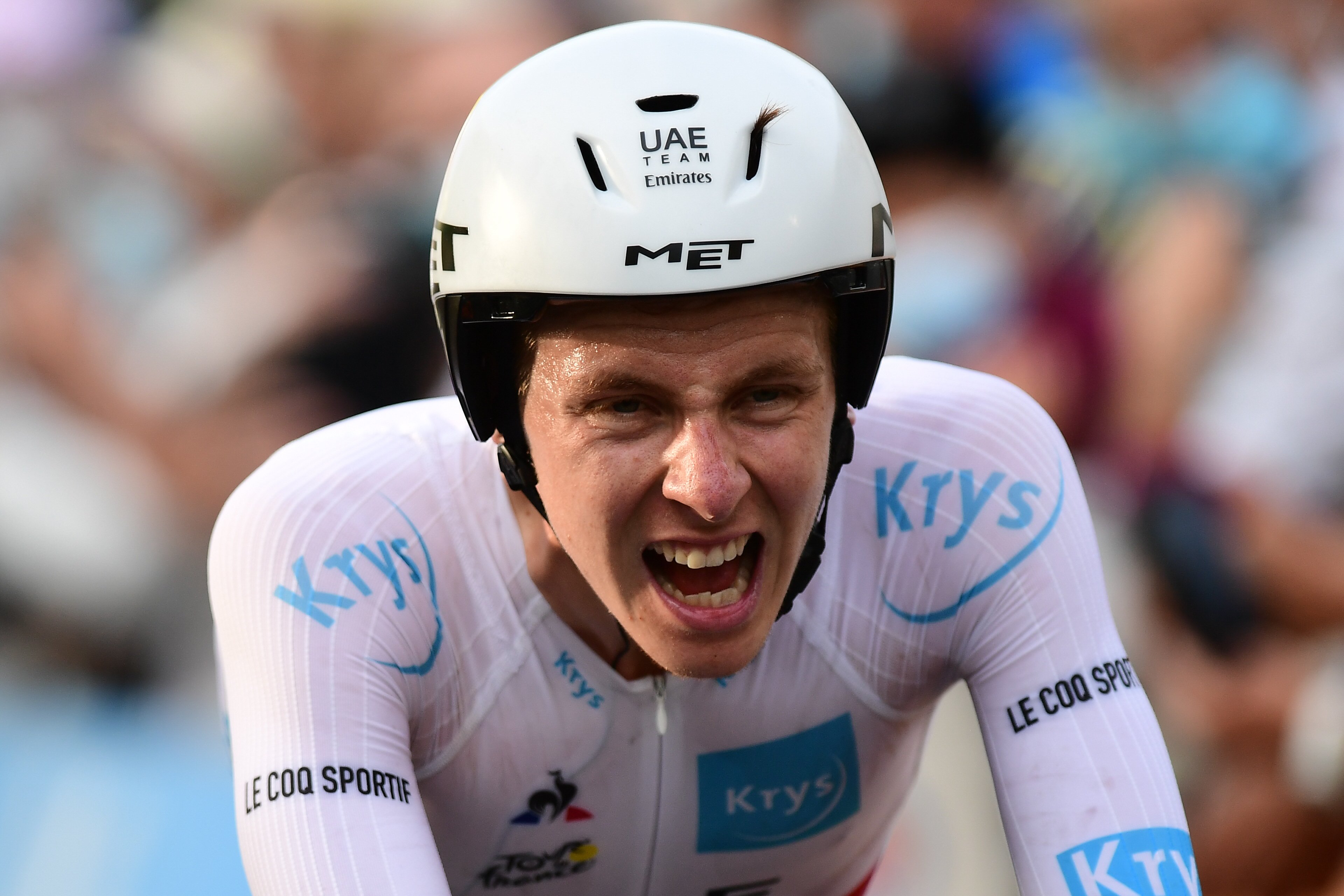 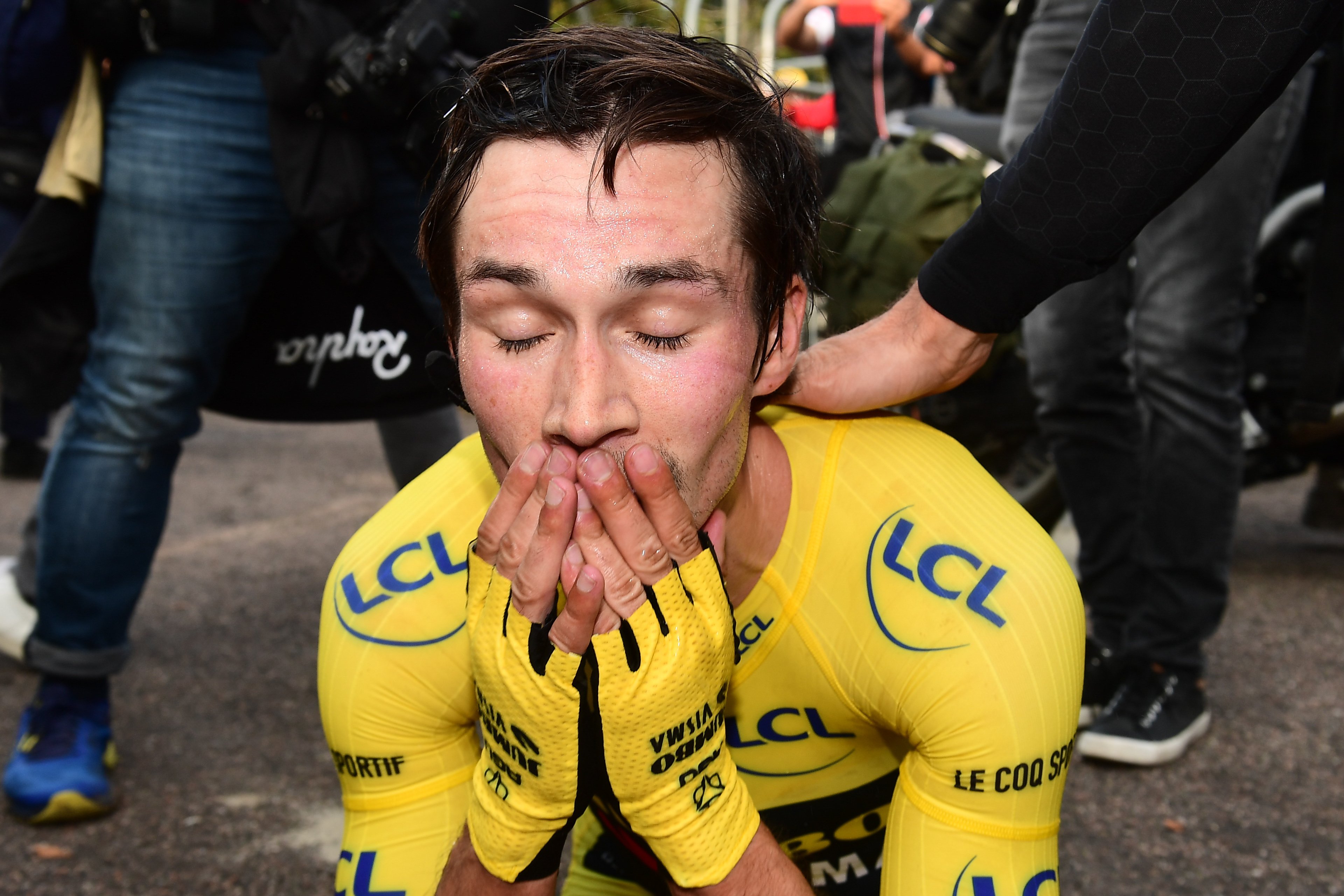 And just like that, the Tour de France came to a close, and a spectacular finale it was, as always along the iconic Champs-Élysées.

Following some fast and furious hot laps along the Champs, the man in green, Sam Bennett took his already superb tour to another level, as he whipped out an unmatchable sprint, perfectly timed following a stellar lead out from his Deceuninck–Quick-Step team mates to cross the line with enough of a gap to celebrate ecstatically. 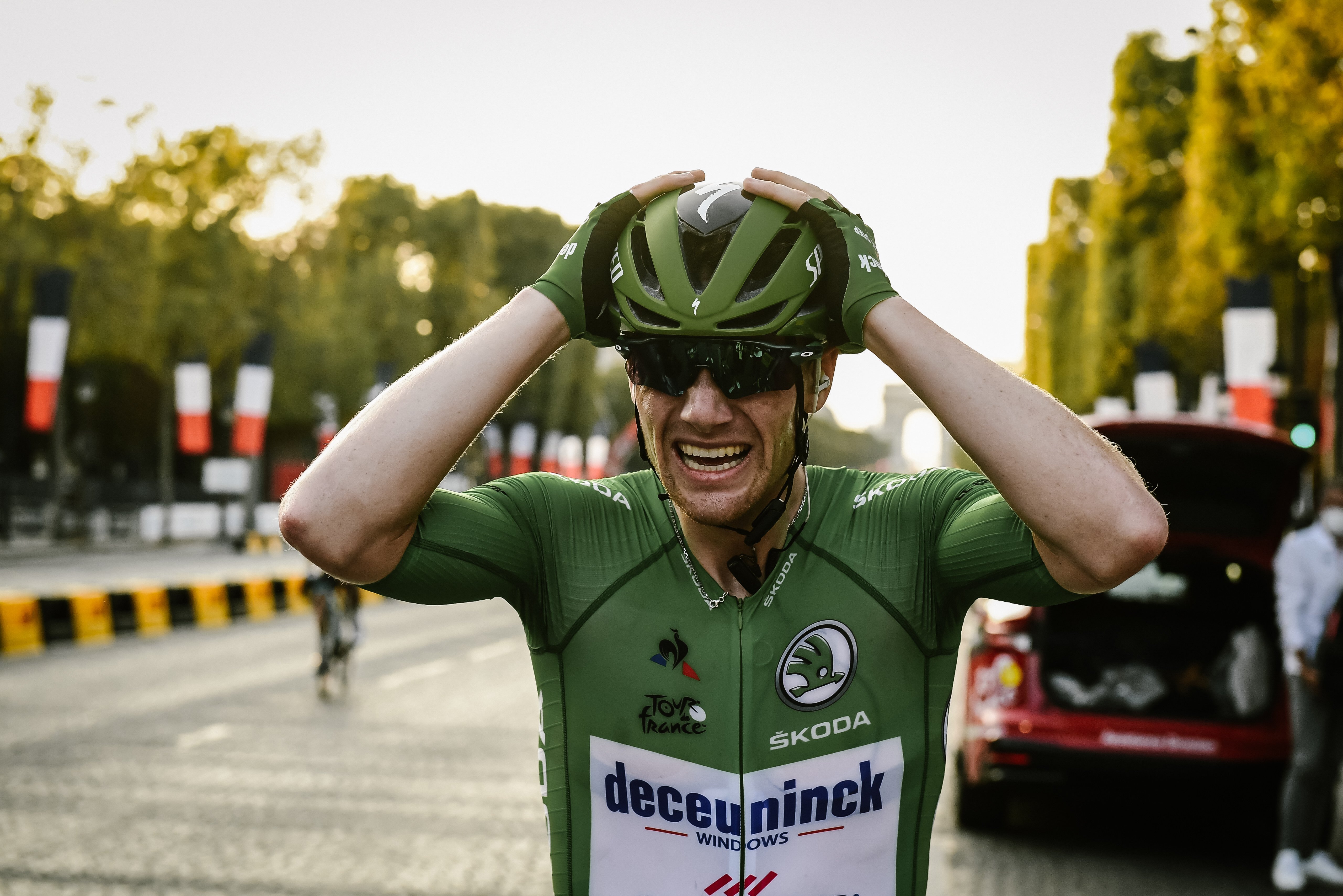 It was then celebrations all round, particularly for UAE Team Emirates and the biggest winner of them all, Tadej Pogacar who safely brought the Yellow Jersey home, along with Young Rider and Polka-dots to add, all just one day ahead of his 22nd Birthday. A young, but fierce and inspiring champion who we will no doubt be seeing a lot of in the decade to come. 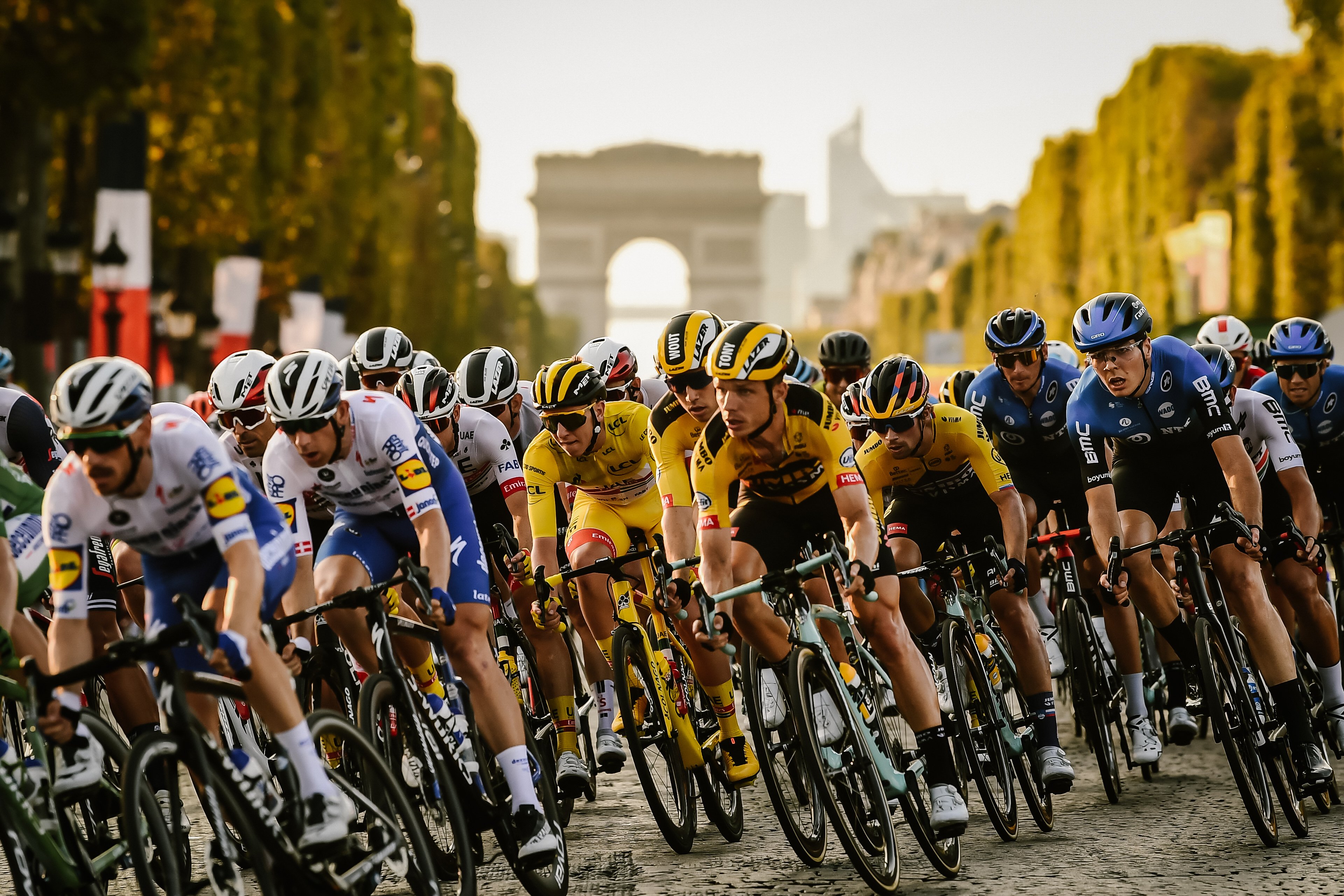 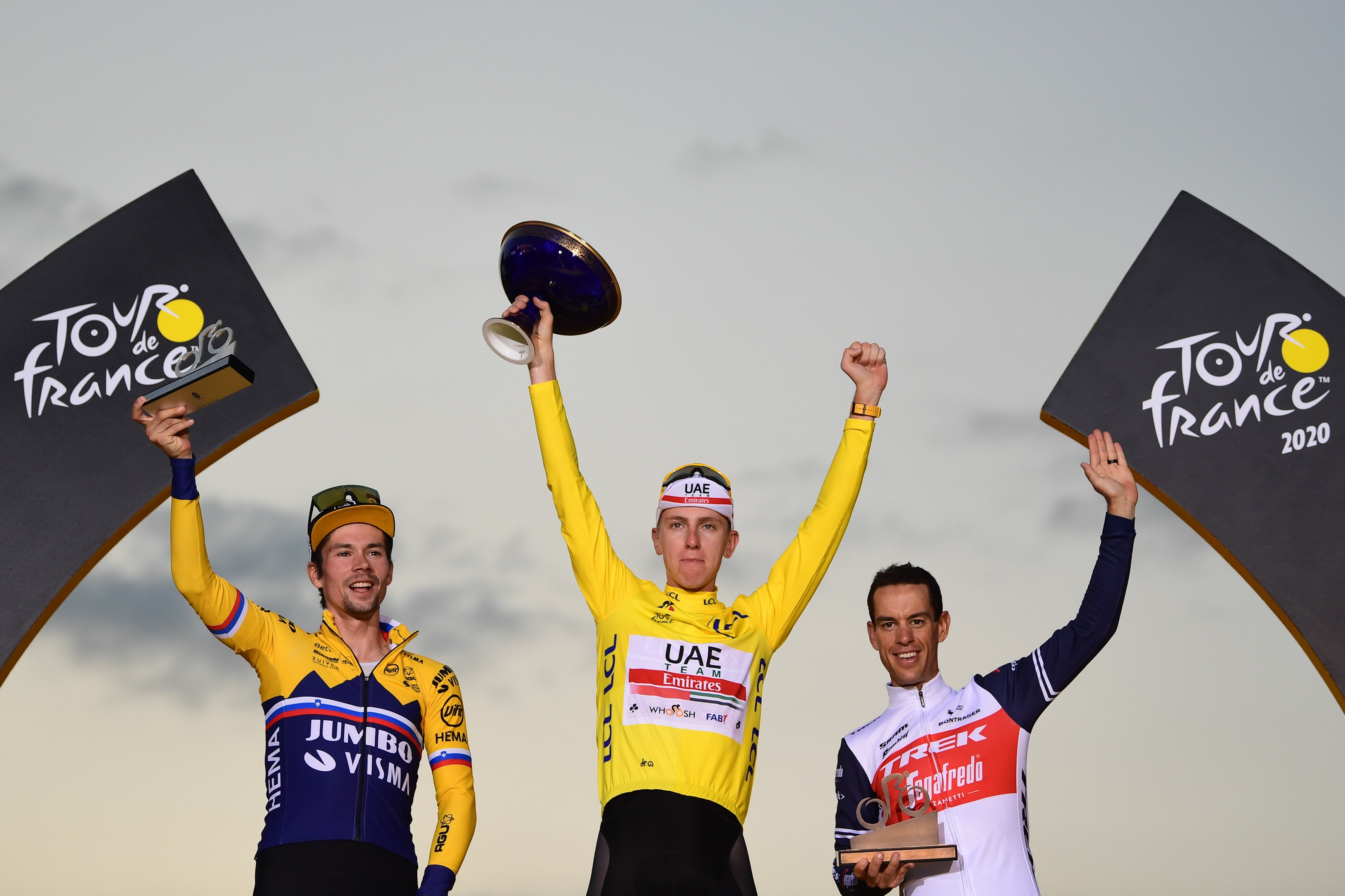 Now it’s time to take a few days away from the TV, that we’ve all admittedly been glued to watching bike racing for three weeks. Enjoy the break, as it won’t be for long with the World Championships up this week, closely followed by the Giro and the Classics.

If you, like us enjoyed every glimpse of Tour de France 2020 action, join us now as we count down the day’s until we are back at the race in 2021, spectating from incredible hospitality locations, riding on the race course and so much more. As one of select Official Tour de France Tour Operator’s we have the ability to take you as far into the race's inner sanctum as is possible.

We’ve sorely missed being there this month and are now busily preparing for what we expect will be a spectacular return. The Official route is set to be announced by the A.S.O late October, and shortly after, our complete line-up of tours and itineraries will be launched.

If you want in on all the details first, and wish to secure your place on our most on-demand tours, then you can place a Pre-Release Guarantee, completely risk-free, here.

Are you an Aussie or a kiwi currently battling endless lockdowns, feeling some serious envy as the rest of the world boxes on? We feel you! The current times are an incredible challenge for all and ho..........
END_OF_DOCUMENT_TOKEN_TO_BE_REPLACED

The 108th edition of the Tour de France is now well within grasp, set to get underway this Saturday in Brest. The 21 day race as always, travels over a highly demanding route including six mountain st..........
END_OF_DOCUMENT_TOKEN_TO_BE_REPLACED