We are incredibly excited to have the legendary ‘Lion of Flanders’, Johan Museeuw joining us for a day on our 2021 Cobbled Classics tour.

The Belgian Classics phenomenon, born in 1965 grew up in Gistel living and breathing all things cycling as his father pursued a professional career on the road, eventually calling it quits following a podium finish at Amstel Gold.

Johan’s initial focus in his earlier racing days was on Cyclocross. Soon enough, however his talent on the road was discovered and he went on to race professionally from 1988 - 2004; his stellar list of palmares stacked from start to finish.

He transformed from early career ‘sprinter’, to Classics specialist in the 90’s and raced for some of the world’s best professional teams throughout, including; Lotto, Mapei and Quick Step, to name a few.

Johan was and to this day continues to be commonly regarded in the cycling world as the ‘Lion of Flanders’ due to his continued dominance in the Classics throughout his racing years and as a proud West Flanderian, the name is even more fitting.

Arguably, his greatest achievements were an admirable trio of victories at the prestigious Ronde van Vlaanderen and an additional hat trick at it’s cobbled counterpart - the Queen of the Classics, Paris-Roubaix. To have won two of the most sought after Classics on the calendar a very credible three times each, has certainly listed him right up there as one one of the finest Classics riders of all time.

In 2020, Johan will be leading a group ride on our Spring Classics experience over the most iconic roads of Flanders past, many of which he has stormed to victory across in his past racing years and endured countless training hours over throughout his career.

He will then join us post ride to discuss his phenomenal period as a professional cyclist; no doubt sharing a story or two and some fantastic insight into the Spring Classics. 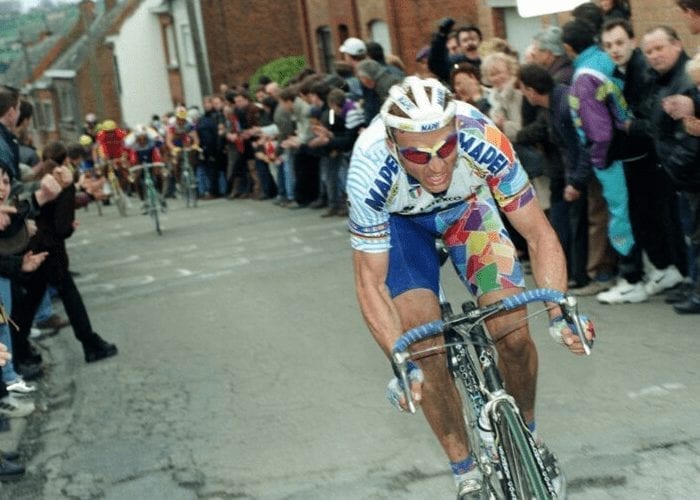 A Word from the Lion of Flanders himself...

Due to the unfortunate Covid-19 pandemic, we have postponed our 2020 Spring Classics experiences through to 2021. They will no doubt be bigger, and more spectacular than ever before! Book now to secure your spot on this popular sell-out experience.

Are you an Aussie or a kiwi currently battling endless lockdowns, feeling some serious envy as the rest of the world boxes on? We feel you! The current times are an incredible challenge for all and ho..........
END_OF_DOCUMENT_TOKEN_TO_BE_REPLACED