The Ronde van Vlaanderen 'de Ronde' is a day in cycling that the entire country of Belgium and cycling fans around the world unite to watch one of the most entertaining one-day bike races across the calendar.

It stands among the most prestigious, sought after events in the sport and one of the five famous monuments, alongside; Paris-Roubaix, Milan-San Remo, Liège-Bastogne-Liège and the Giro di Lombardia.

The race was established in 1913 and has successfully run almost every year since, with WWI being the only reason for intermission. In 2004, a professional women’s version of the race was initiated and continues to take place ahead of the men.

Johan Museeuw on his way to winning his third Ronde van Vlaanderen in 1998.

The Ronde van Vlaanderen is one of the two major cobbled classics, held the weekend prior to its cobbled counterpart, Paris-Roubaix. Both hold similar degrees of prestige, yet offer a highly differential race experience. Paris-Roubaix, well regarded for its tremendously challenging sporadic ‘pavé’ sectors with little elevation throughout the races' course, while the Ronde van Vlaanderen offers a much lumpier route through the testing hills of Flanders and a combination of  cobbled climbs and technical cobbled straights. The cobbles themselves contrast significantly; Roubaix's pavé much rougher and lined less orderly than its Flanders counterpart. 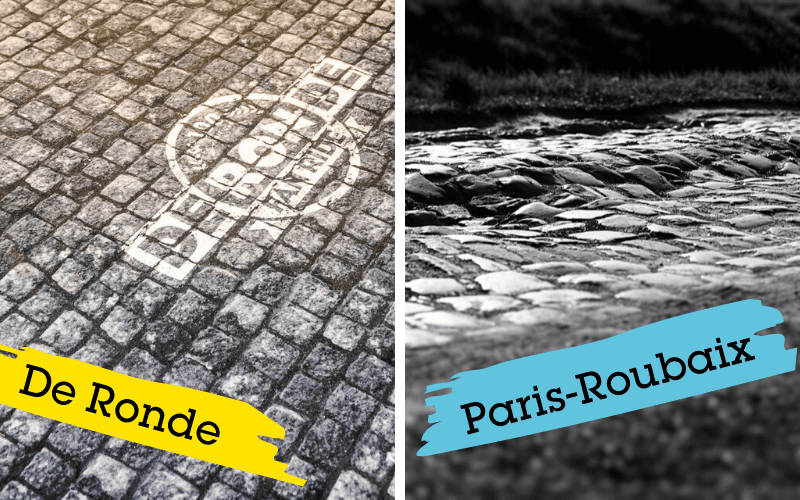 Over the years, the Ronde van Vlaanderen has exchanged start and finish locations between numerous Belgian cities within the Flemish region. In 2017, the start city was handed over from Bruge to Antwerp and in 2011, the finish moved to Oudenaarde from Meerbeke. Oudenaarde also marks the start city for the professional women.

The route traditionally travels through the Western Provences of Belgium, crossing through both West and East Flanders.

Both 267km (men) and 160km (women) routes offer little to no respite throughout, with the exception of a usual straightforward 'open' start and a recurring famous 13km flat run into the finish, directly proceeding a succession of race-deciding climbs; the punishing Oude Kwaremont and Paterberg critical final hurdles. The flat stretch often leaves key contenders battling it out cat and mouse style - separated from the aftermath of the climbs and fighting against the cross winds in a desperate drag to the line, to either win the race or claw their way back into contention.

Start and finish aside, the majority of the course is jam-packed with a consistent stream of short, steep bergs - some lined with cobbles, others so narrow that the race for position to its base, is as imperative as the ascent itself. When the attacks aren’t being laid down on the climbs, they’ll be frequently flying on the infamous cobbled sectors; time after time stringing the peloton out into single file, fighting for the ‘smoother’ gutter line - again the battle for position proving crucial for contenders and their loyal domestiques on duty to get them to the head of the pack.

To be a key competitor in the race, it takes tactical knowledge, immense skill and strength combined and an aggressive, all or nothing nature. The strongest men and women are persistently left battling it out to the final stages and if the race’s history is anything to go by, only the very greatest in the sport will cross the Ronde van Vlaanderen line first. 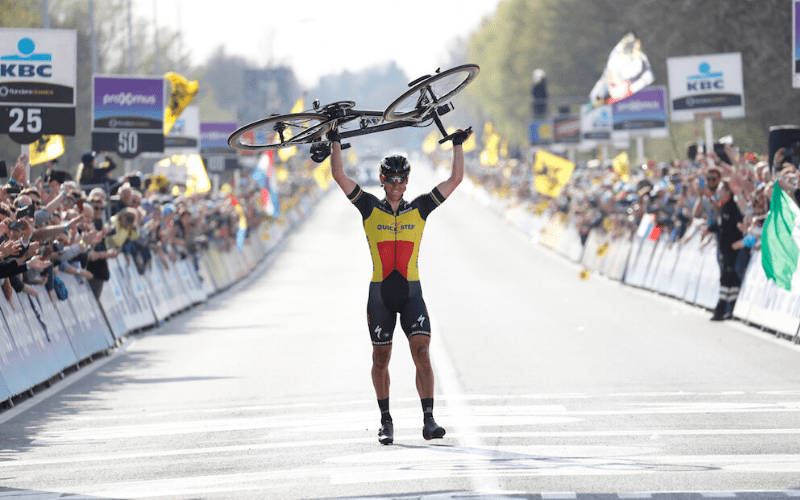 Key sectors and climbs to note:

The Paterburg is famously known within the cycling world for its rough cobbles, meshed with harsh gradients of up to 20.3%. As the last climb in the Ronde van Vlaanderen, it almost always lives up to its name, encouraging countless late race attacks before the final flat stretch into the finishing town of Oudenaarde.

2.2km of pain - tackled not once, but three times throughout the race and more often than not, splitting the peloton or what’s left of it to bits! It was atop the Kwaremont in 2017 that World Champion, Peter Sagan’s race was ended with a brutal late race crash. On our 2021 Cobbled Classics tours we will spend most of our day catching the action up the Oude Kwaremont, as the most frequently crossed point throughout the race.

It’s feared by all, mostly due to its punishing steepness and cobbles to combine. On many an occasion you’ll see riders being forced to run their bikes up the short, but brutal climb - usually caused by chaos ahead!

Muur means 'wall' in Flemish, so we’ll let you be the judge. Narrow and steep - and known to always bring an electric crowd of excited spectators awaiting the race to explode up its famous slopes.

A slightly longer climb for the peloton to take on and certainly a challenge. The riders will have a break from their dose of cobbles, however as the climb is lined with smooth asphalt.

It’s over before you know it with it’s short length, but size certainly doesn’t matter on this occasion. More often than not, the big names will be right up at the head of the peloton and ready to pounce!

The Haaghoek is a famous sector, lined for 2km with gnarly cobblestones. The race is almost always going to explode along here as riders hit it at speed and attacks fly. One word - hectic!

Another famous sector of cobbled madness - 2.3km of burn in the legs along this stretch is inevitable. Attacks will fly and the hammer will be laid down as riders battle for the narrow, uneven side gutters and only the strongest, most skilled riders will reach the end up front. 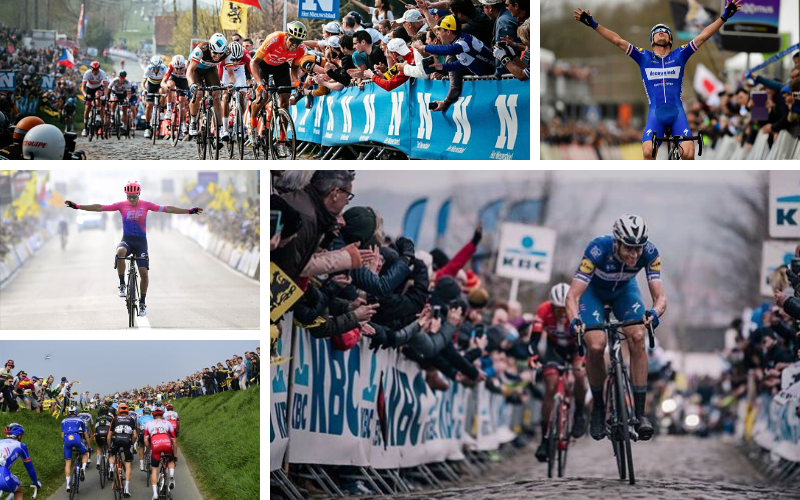 We are incredibly excited to be returning to the spectacular Ronde van Vlaanderen next April in full force, following the disrupted 2020 season. Due to popular demand, we will once again be delivering our traditional Cobbled Classics tour in 2021 that'll have you riding the very same cobbled roads in the official Flanders Cyclo (Sportive) the day ahead of witnessing its greatness yourself LIVE within the thick of the madness! The weekend will be backed up with a trip to the relentless Ardennes, and rounded out with the Queen of the Classics, Paris-Roubaix! The tour will be hosted by Classics expert, former Paris-Roubaix champion, Stuart O'Grady and will include a ride and drink with 3 x Flanders champion, 'The Lion of Flanders' - Johan Museeuw. Jump on board - here.

The Cobbled Classics are upon us and although we’re chomping at the bit to be back on the side-lines this April, we’re just happy to see that the pros are back doing what they do best on the bumpy roa..........
END_OF_DOCUMENT_TOKEN_TO_BE_REPLACED

We are incredibly excited to be visiting one of the world’s most famous wine regions, Bordeaux at this year’s Tour de France as the Stage 19 finish and the penultimate Time Trial lie just outside of t..........
END_OF_DOCUMENT_TOKEN_TO_BE_REPLACED

Want to experience the magic of the Tour de France mountains but unsure which mountain range to choose? It’s a tough one as there are many pros to both…in an ideal world, you'd do it all!
END_OF_DOCUMENT_TOKEN_TO_BE_REPLACED