Starting off in Brussels, the home of the Greatest cyclist ever - Eddy Merckx, who will send off the riders and their passionate fans in recognition of his First TdF Win 50 years ago.

Whenever you race in Belgium, the fans come out to play and this will undoubtedly be bigger and better than ever. There will be literally millions of people alongside the roads, turning the already tricky, windy rough Belgian roads into a complete carnival. It’ll be awesome to watch - but a nightmare to race in!

The riders will tackle the famous Muur on the opening stage, but it will no doubt be a sprinter who pulls on the first yellow for 2019.

Stage 2 is a fast & furious 27km TTT around Belgiums Atomium. The short TTT will keep the stress levels high and already show some significant time gaps for the weaker teams.

We will then venture into the champagne country where rolling hills will give the attackers their first chance for victory.

Stage 6 see’s the first mountain top finish and you couldn’t get much tougher. A 24% climb awaits up La Planche des Belles Filles where the  GC contenders will be looking to strike.

Stage 7 is a very long 230kms, where the sprinters surely wont let this occasion slip by.

Onto Stage 8 and it will likely be one for the breakaway riders before racing into the home town of Romain Bardet on stage 9.

Riders will then tackle another long 218kms on Stage 10, leading into the first rest day of this years Tour de France, which will by now be very much deserved and appreciated by the peloton!

Concluding the rest day in Albi - once again the TDF visits my old home town of Toulouse and one of the most beautiful areas of France.

The race against the clock, over 27kms around Pau should really test the GC riders. It’s short + fast and will again give a clearer guide as to who the favourites are heading into the mountains.

The legendary Tourmalet awaits the riders and for the 3rd time in history it will judge the finish line. Expect a show!

The final rest day in Nimes will be a blessing for the bunch before they tackle an incredibly challenging final week.

Stage 18 has 3 climbs over 2000m and should really play out to be one of the greatest battle stages of the Tour, passing over Vars, Izoard & the Galibier.

Stage 19 passes over the highest road in the Alps at a staggering 2770m - Col de L’iseran.

For me, however - the final mountain stage over 127kms will be the last great battle. 60kms of climbing and 60kms of descending over Cornet de Roseland and Val Thorens. It will be time for those that have attacked to defend and for those that haven’t received the result they’re after to go into all-out attack mode. It will once again be a worldwide show stopper.

The Tour de France will have its Gladiators doing battle and now with a new TdF winner defending his crown, it will once again prove to be an amazing race to watch unfold as the best cyclists on the planet take to the streets.

I cant wait to be there once again to witness not only the action, but experience France at its glowing best. Everyone is happy, the sun’s hot, the drinks are cold, the food is incredible and we get to live, breathe and taste cycling for 3 weeks. 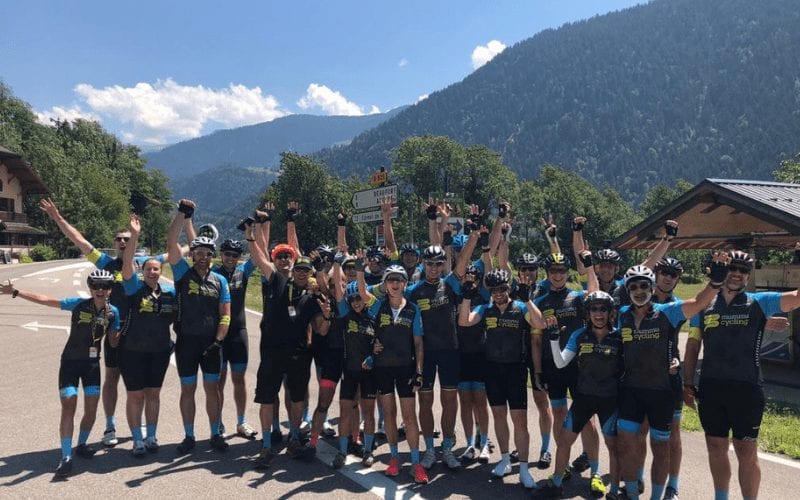 Keen to join Stuey and the Mummu Cycling team for what's set to be an epic edition of the world's most spectacular bike race? Head here to sign-up.

Are you an Aussie or a kiwi currently battling endless lockdowns, feeling some serious envy as the rest of the world boxes on? We feel you! The current times are an incredible challenge for all and ho..........
END_OF_DOCUMENT_TOKEN_TO_BE_REPLACED

The 108th edition of the Tour de France is now well within grasp, set to get underway this Saturday in Brest. The 21 day race as always, travels over a highly demanding route including six mountain st..........
END_OF_DOCUMENT_TOKEN_TO_BE_REPLACED