The tour begins by diving straight into the heart of Belgium for the the Tour of Flanders, followed by the Ardennes Classics and concludes with a trip to the ‘hell of the North’ for Paris-Roubaix. All in one trip? Yes - and not to mention lunching with the legends of the sport along the way, including the Lion of Flanders, Johan Museeuw.


With the 11 days, comes many-a famous climb and sector...

To save you some research, we’ve put together a list of some of the most iconic stretches that you will tackle on this tour or see the pros battle over in race mode.

The Tour of Flanders

The Paterburg is famously known within the cycling world for its rough cobbles, meshed with harsh gradients of up to 20.3%. As the final climb in the Tour of Flanders, it almost always lives up to its name, encouraging countless late race attacks before the final flat stretch into the finishing town of Oudenaarde.

2.2km of pain - tackled not once, but three times throughout the race and more often than not, splitting the peloton or what’s left of it to bits! It was atop the Kwaremont in 2017 that World Champion, Peter Sagan’s race was ended with a brutal late race crash.

It’s feared by all, mostly due to its harsh steepness and cobbles to combine. On many an occasion you’ll see riders being forced to run their bikes up the short, but brutal climb - usually caused by chaos ahead!

Muur means 'wall' in Flemish, so we’ll let you be the judge. Narrow and steep - and known to always bring an electric crowd of excited spectators awaiting the race to explode up the famous climb. 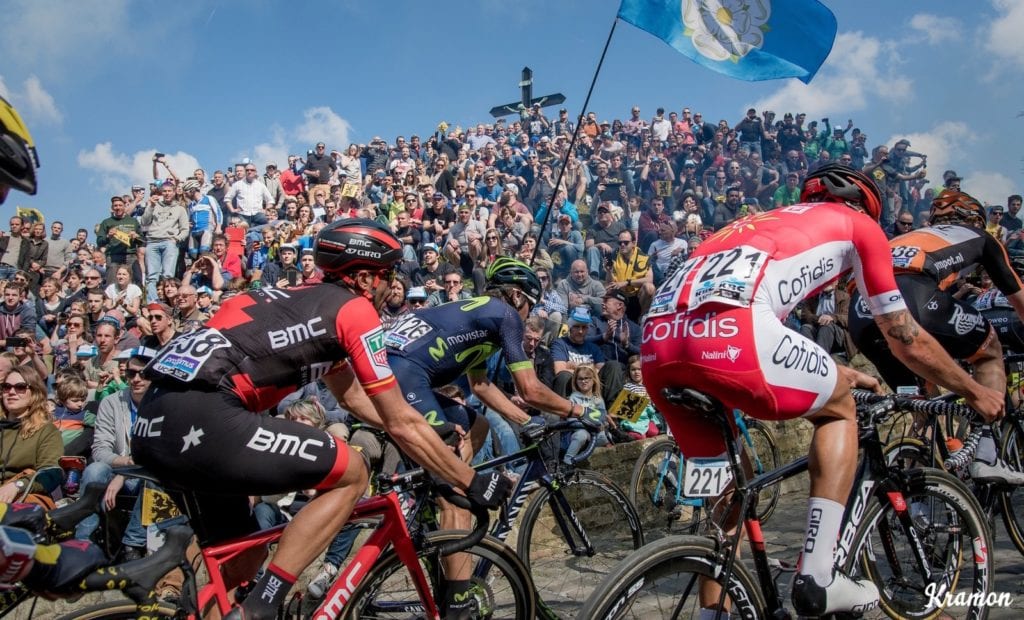 A slightly longer climb for the peloton to take on and certainly a challenge. The riders will have a break from their dose of cobbles, however as the climb is lined with smooth asphalt.

It’s over before you know it with it’s short length, but size certainly doesn’t matter on this occasion. More often than not, the big names will be right up at the head of the peloton and ready to pounce!

The Haaghoek is a famous sector, lined for 2km with gnarly cobblestones. The race is almost always going to explode along here as riders hit it at speed and attacks fly. One word - chaos!

Another famous sector of cobbled madness - 2.3km of burn in the legs along this stretch is inevitable. 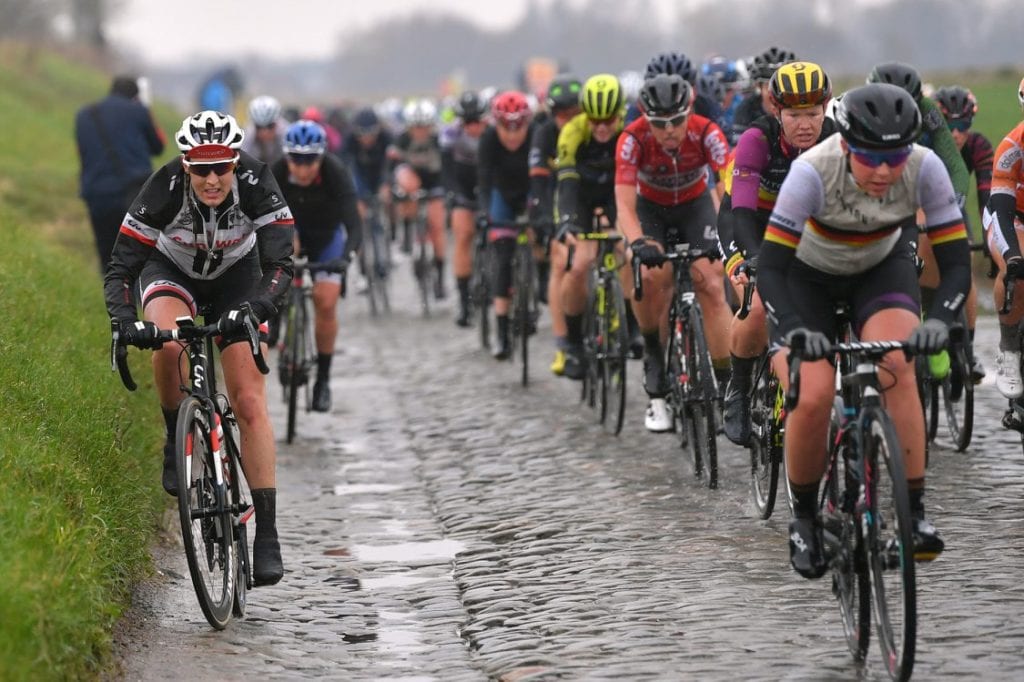 Mur de Huy or Murder Huy? A true ‘wall’ with gradients peaking at 26%. For most people - that’s stand still steepness. For the male and female professionals battling it out at Flèche Wallone, however they will still be flying up here, albeit teeth gritted and pain faced! The climb will be tackled multiple times throughout the Classic before famously finishing atop, providing nothing but edge of the seat spectating.

Often a real race-maker, conveniently placed just 5.5km before the ultimate fight to the finish up the Mur de Huy. Most commonly, attacks will fly in a final bid to break free from what's left of the race, ahead of the Mur.

Similar in nature to the Flanders Koppenburg - this little bugger is tough. Steepest from the bottom, very roughly surfaced and narrow in width. There’s no messing around up here!

Unique to your typical Classics climb is its 5.4km length. While not overly steep - the twisting, winding climb, as well as its varying profile ensures a tough battle to the summit.

The Cote de la Redoute is usually placed at the pointy end in the final 40km of the LBL Classic and is highly famous to the race. Starting out at a lower gradient and gradually gaining steepness, reaching up to 22% before eventually flattening out towards the summit. 2.2km will no doubt seem like a hell of a lot longer up this grind of a climb. Race on! 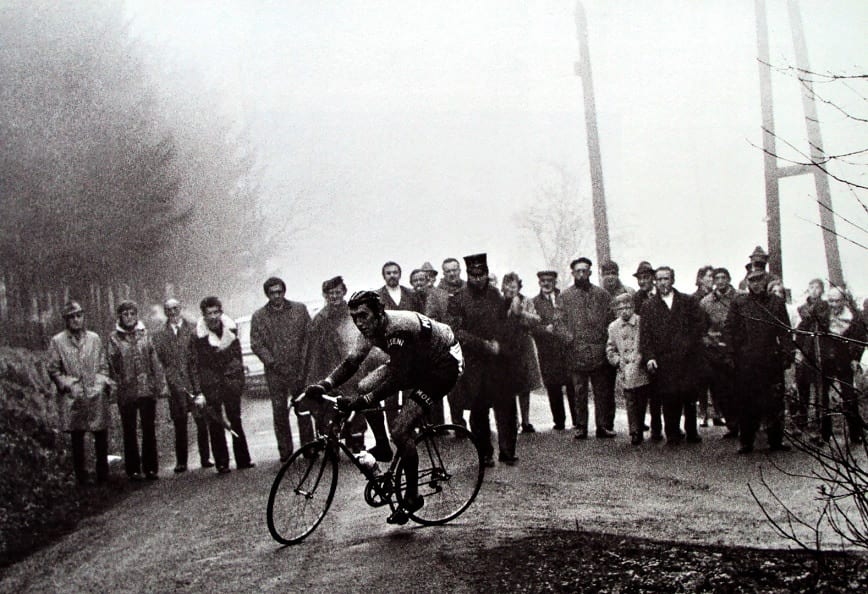 It’s the most iconic climb of Amstel Gold and has also been featured in multiple World Championships courses, as well as the Tour de France and Vuelta a Espana. Climbed numerous times throughout the Classic, its unforgiving steepness and open road is renowned for dishing some pain and lactate to the legs. Not to mention, it’s positioned a mere 1.8km from the finish line. Ouch.

It’s just over 1km in length with some leg ripping sections gaining up to a gradient of 23%. Painful - yes, but worth a strong attack as open, wind-gusted fields follow when the climb flattens out and the peloton can easily splinter.

It’s one of the most difficult sections of the race, lined with hungry tooth-like cobbles, laid sporadically across the 2.4km stretch of pavé through the Forest of Arenberg. More often than not crash and puncture filled.

Nearing the end of the 250 + km race and having already travelled over countless gruelling pavé sectors, lies the lethal Carrefour de l’Arbre. Incredible crowds will line the sector and cheer on the Kings of the cobbles battling it out, nerves sky high as the race explodes with the Velodrome in sight!

This tough sector is renowed for splitting the race to bits, due to the nature of its nail-biting cobbles, gradually worsening throughout its 3km distance. To add, it has a series of sharp 90 degree turns!

For a day-to-day itinerary and further details on our 11 day 2021 Cobbled Classics tour with Stuart O’Grady tour - head here.

*Following their absence in April 2020, all Mummu Cycling Spring Classics experiences have been postponed through to 2021. Sorely missed this season, they will assuredly be bigger and better than ever before! Start dreaming and planning by securing your spot on this sell-out tour before it's too late.

The Cobbled Classics are upon us and although we’re chomping at the bit to be back on the side-lines this April, we’re just happy to see that the pros are back doing what they do best on the bumpy roa..........
END_OF_DOCUMENT_TOKEN_TO_BE_REPLACED

We are incredibly excited to be visiting one of the world’s most famous wine regions, Bordeaux at this year’s Tour de France as the Stage 19 finish and the penultimate Time Trial lie just outside of t..........
END_OF_DOCUMENT_TOKEN_TO_BE_REPLACED

Want to experience the magic of the Tour de France mountains but unsure which mountain range to choose? It’s a tough one as there are many pros to both…in an ideal world, you'd do it all!
END_OF_DOCUMENT_TOKEN_TO_BE_REPLACED